This past Tuesday, the birding community lost one of its pillars. Ida Giriunas was a long-time friend, mentor, and an inspiration to all who knew her. At 91, she had led more Brookline Bird Club trips than anyone, organized and ran the nationally known pelagic trips out of Massachusetts, and her courage and determination inspired all that she came in contact with. Her often direct and gruff approach was easily overcome by her sense of humor and sweet smile. She was the “Energizer Bunny” of the local birding community, fearless of what might happen, and she birded through her bouts with illness and treatments until the end. It was the birds that kept her determined to keep going, and she was an inspiration to everyone around her.

One of my fondest inspirational moments that Ida exemplified for me was our quest for the yellow rail that I have shared with you before. In her memory, I share it once more with you here: 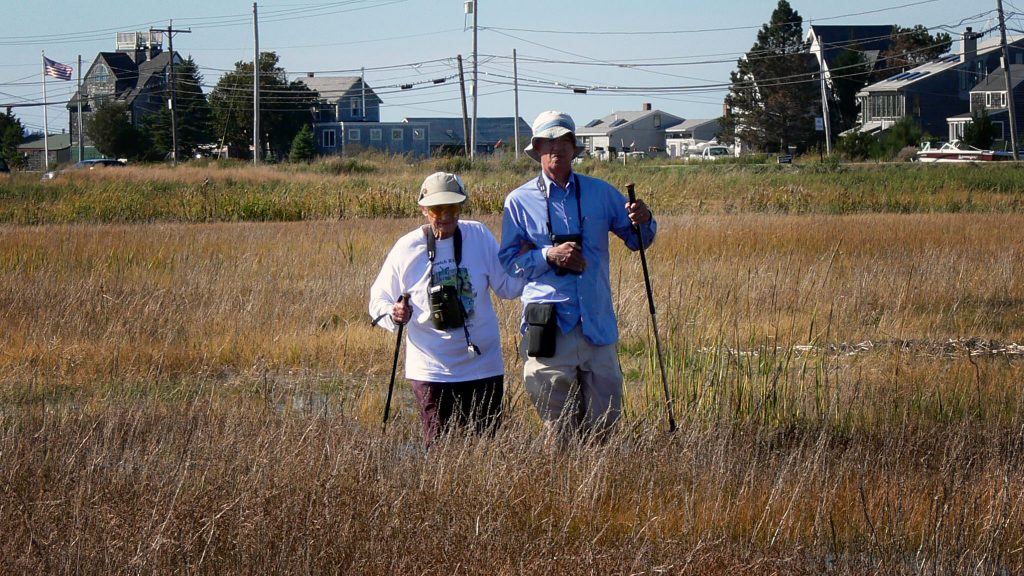 Back on an October morning in 2006, Ron Lockwood told me that he had seen a yellow rail that morning in the marsh near Plum Bush, just this side of the Plum Island Bridge. After he gave me directions to where he had seen it, I headed straight for Plum Bush. I called my friend, Phil Brown, who said that he would meet me there in fifteen minutes 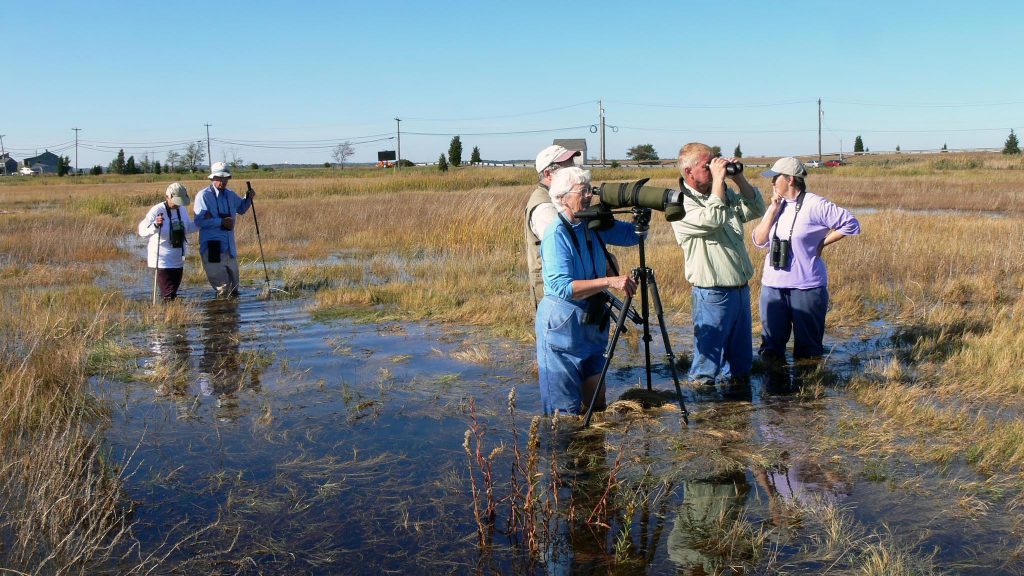 When I arrived at Plum Bush (now Greenbelt Property), it was after low tide and the astronomically high tide that was expected that afternoon was beginning to come in. Phil arrived and we walked out into the marsh, walking parallel to the road toward the river. Of course, my rubber boots were not in the car, but my hiking shoes were getting old enough to sacrifice them for this bird.

Phil and I split up and meandered our way along the numerous canals and ditches, occasionally hopping over one to get to the next. Our only hope was to flush the bird and then get on it with our binoculars. We encountered a few saltmarsh sharp-tailed sparrows, but no rail.

Two hours of searching turned up nothing, and we were worried that the tide was coming in and that we would be stranded out there. We made our way back to the cars and decided to go to the Island and bird for a while. We planned to come back at high tide, hoping that the bird would be up high enough to scope from the parking lot.

By then, the word got out and others had been looking for the rail. At around 2pm, I received a call from Ida Giriunas: “Steve! Chris Floyd, John and Audrey are out in the middle of the marsh with a scope and they are waving their arms like they have the bird! There is no way I can get out there.”

I told Ida that we were on our way. Now Ida, in her mid-seventies, is a feisty lady and an excellent birder, whom I have written about before. When we arrived at the paved parking lot by the bridge, Ida already had her two ski poles out and was determined, despite illnesses, hip-replacements, etc., to see that bird. Molly, also in her seventies, was with Ida as she often is, and equally determined. Out in the middle of the marsh, or should I say water, were Chris, John and Audrey, with a scope and they were signaling that they have the bird in sight.

The tide was now very high – two feet above the marsh grasses with only the stands of phragmites and cattails rising above the water. It was near impossible to tell where the canals and ditches were, as the tall grasses now waved under the water. I had second thoughts about trying to make my way out there. No boots, wearing jeans and no swimsuit. I began to doubt that it was worth the trek.

But then there were Ida and Molly, more than twenty years older, determined to find a way to that bird. Phil and I knew that there was a wide, deep canal running along the road and beside the paved lot that would easily be over our heads if we should fall into it. So Ida and Molly followed us as we drove back to the Plum Bush turnout and we all walked in from there, as Phil and I had done that morning. We tried to follow the route we had taken in the morning to avoid the deep ditches and canals as best we could.

Phil went first, and I tried to follow, but I could not move as fast as he through the deep flooded grass. I looked back and saw that Ida, with her trusty ski poles, and Molly had also begun to feel their way along, trying to follow our lead. I could see that Ida had an advantage: she could feel her way along with her long ski poles – a slower, but much safer approach in the two feet of brackish water.

As Phil approached the others with the scope and the bird, I wasn’t so lucky. One foot found a ditch and I went down over my waist, binoculars and all. Thank goodness they were waterproof! I recovered and continued on, stumbled again and again, but finally reached the others. A look through the scope yielded a bird not more than twelve feet away, hidden in the grass. I could make out an eye, and then a bill, and, as it moved slightly, the striping on its back. Not the best look, but enough to identify it as a yellow rail.

As we positioned ourselves around the bird, John found another hole in the marsh and went in over his waist. I did the same, this time in a muddy ditch so that my jeans were full of mud, and I got wet up to the chest.

Chris went back to help Ida and Molly find there way around the ditches (I would certainly have been of no help.) They finally arrived and Ida and Molly had the same decent views, from slightly different angles, of the rail. We then saw Davis Noble of Marblehead and Steve Sutton of Lancaster making their way to us. However, they had even more problems than I at negotiating the canals and, at times, we couldn’t even see Davis’ white hat, and he is much taller than I!

When Davis and Steve finally arrived a half hour later, dripping from the neck down, the bird had moved enough into the grass that we couldn’t see it. After searching the grass with our binoculars and scope, and not having seen the bird leave, we decided to approach the spot. Phil, Steve and I surrounded the spot and walked toward each other. When we met in the middle, the bird was not there. We went back and forth several times over the area, and nothing! The bird had disappeared!

Phil walked one more time over the spot and, suddenly, out flew the rail! It flew about thirty feet, for all to see the white wing patches, and it lit atop a grass clump where Phil got pictures and the rest of us, including Ida and Molly, had full views of this secretive bird. After seeing the bird for a few minutes, it again disappeared and further searching was fruitless. We were all soaked. Someone commented that we were lucky that it was warm enough so that we weren’t cold standing in two feet of water in wet “street” clothes!

The tide was finally receding and we decided to give the rail, and ourselves, a rest. We made our way slowly back to the cars, wet and tired, but satisfied with finding a yellow rail, which was a life bird for many of us.