Birds on the Move this Season
September 05, 2020
By Steve Grinley

The in flux of red-breasted nuthatches continues as their higher pitched tooting announces their increased presence. Birders are seeing them in the pines on Plum Island and even larger numbers in many of the area’s mixed pine forests. A few have shown up in backyards, including ours, though we haven’t seen one go to the feeder yet. This invasion is due to a pine cone shortage, their food source, in southern Canada and northern New England.

Another “invasion” happening is one by red crossbills. Our friend Phil hears them flying around the Rowley Country Club, with its scattered white pines, during his rounds of golf. Many other birders are seeing and photographing them in area state forests such as Willowdale and Bradley Palmer, and at the Bald Hill Reservation (Crooked Pond) in Boxford. There have been more reports from central and western Mass.

Again, food supply is the reason these birds are moving in, perhaps to stay for the winter. If we have a good finch winter, and I haven’t seen the predictions yet, we might see more crossbills in the pines on Plum Island and in the campground area of Salisbury Beach State Reservation. Perhaps pine siskins, redpolls or evening grosbeaks might also be headed this way. Stay tuned.

Meanwhile the shorebird migration is winding down a bit, but there are still some nice birds to be seen. Good numbers of yellowlegs and black-belled plovers are still feeding on the flats and pans and golden plovers should be coming through soon. There are lower numbers of “peeps” now, but and occasional western or Baird’s sandpipers are found among them. We can look forward to buff-breasted sandpipers that are still to come. 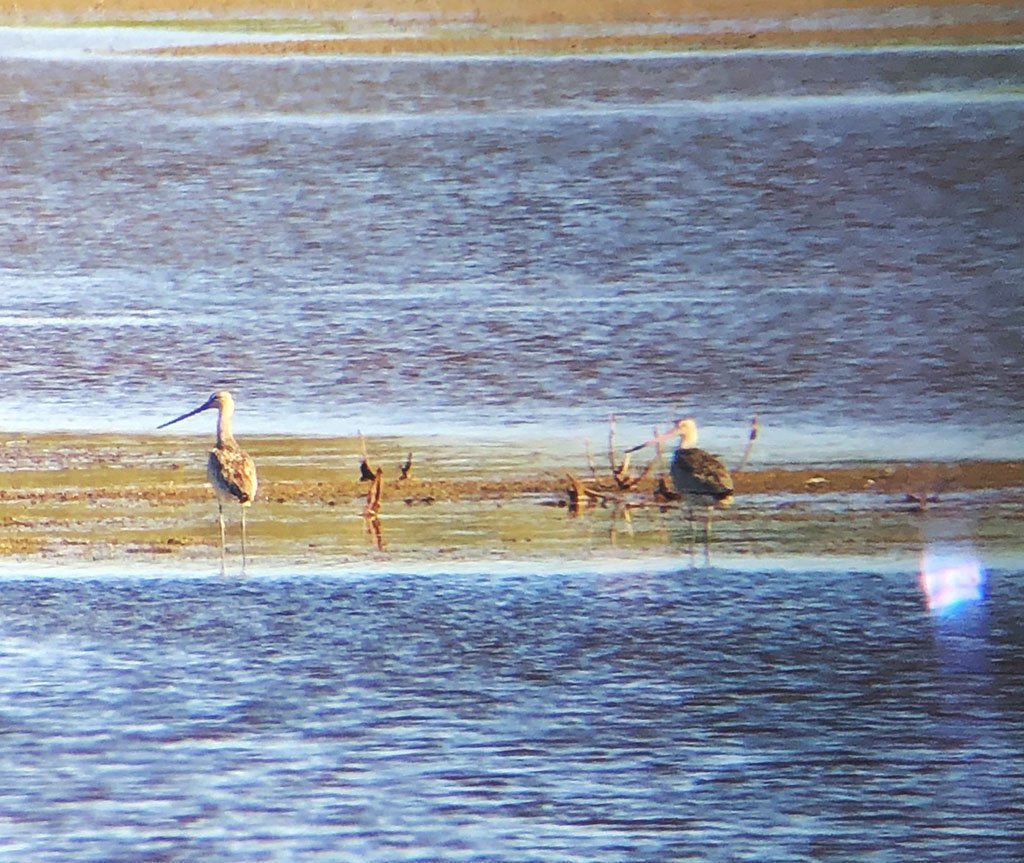 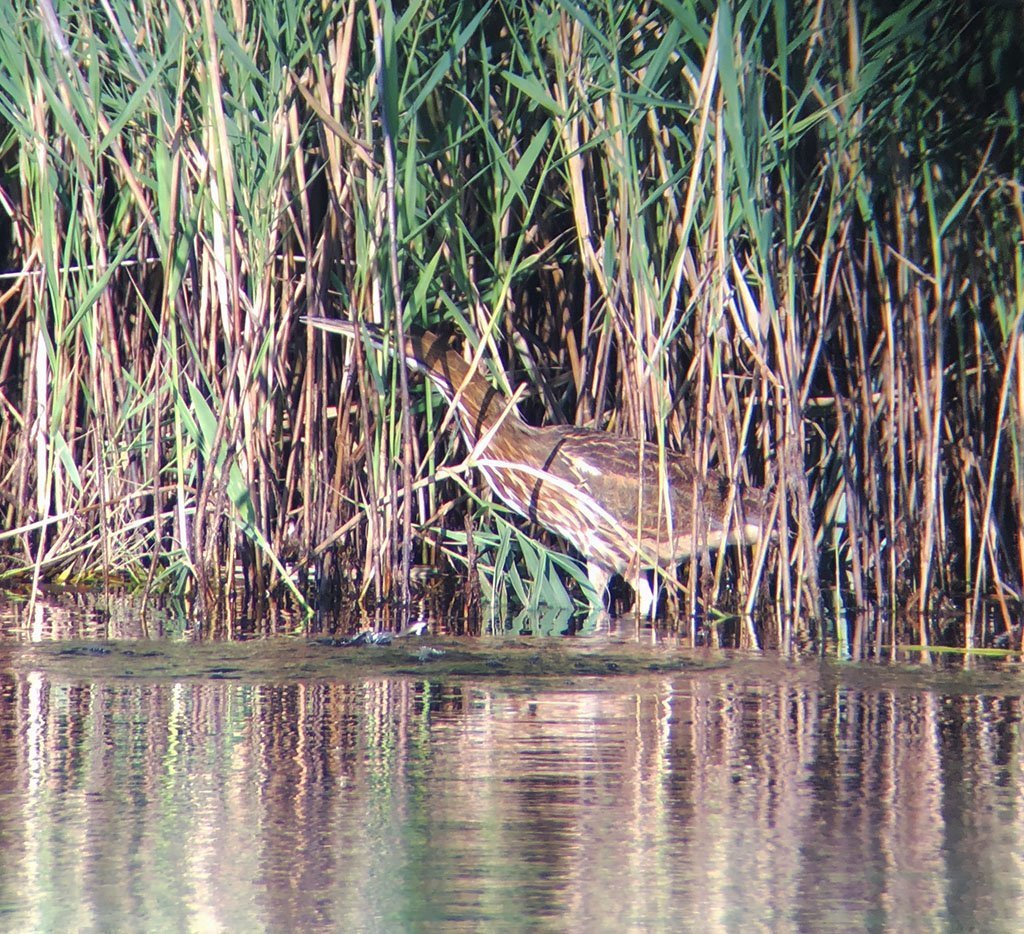 Margo and I went down to Bill Forward Pool on the Refuge to try to see a pair of marbled godwits – tall, long legged buffy colored shorebirds with long, upturned “bubblegum colored” two tone bills. When we first arrived, the godwits were nowhere to be found. Then, Margo spotted the two birds flying in. They landing fairly close, giving us great scope views in the afternoon sun and Margo got some nice shots on her phone through her scope.

We were then motioned by other birders/photographers who were at the North Pool side of the dike. We went to see what they found. We were told that there was an American bittern in the reeds, but with social distancing, we weren’t sharing scopes. So it was a challenge to try to find this camouflaged bird.

Finally we both got on it. The bittern was almost motionless. Its striped front, and bill held high, made him almost invisible to the naked eye and even through binoculars. But our scopes followed him as it slithered through the weeds, eventually stabbing at a fish or crustacean in the water and we watched it swallow it. American bittern is always a tough bird to find in Essex County these days, so this was a special treat indeed!